How to compost in Detroit – and why you should

By Sindhu George
Posted January 15, 2020
In Unlimited Recycling in the news
How to compost in Detroit – and why you should2020-01-152020-01-16https://unlimitedrecycling.com/wp-content/uploads/2020/06/ur-logo-h.pngUnlimited Recycling, Inc.https://unlimitedrecycling.com/wp-content/uploads/2020/01/compost_bin.png200px200px
1
At Brother Nature Produce in North Corktown, you’ll find several tall piles of organic waste. But despite the fact that the food is essentially rotting, it doesn’t smell at all. That’s because husband and wife farmers Greg Willerer and Olivia Hubert have developed an ideal balance of food scraps, yard waste, straw, and microbes that feed off the material. With regular maintenance, those piles produce mineral-rich compost that can be used to augment the soil and future produce grown at the farm. That’s one reason why their signature greens sold at Eastern Market and restaurants around Detroit taste so good. Many people are aware of the benefits of composting and are eager to start. But for non-farmers in Detroit, how do you do it?

Why you should compost

For those on the fence, there’s a number of benefits to composting. “There’s 101 reasons people should be doing it,” Willerer says. Most obviously, it enriches the soil. In Detroit, where there’s elevated levels of lead in the ground, that matters a lot. Regularly recycling and enriching the soil improves the health of the land and residents, especially the city’s children. The nutrients from the compost then get funneled into the produce that’s grown out of the soil, sold at market, and eaten. Those fruits and vegetables are much better for you than food produced at an industrial scale, even if it’s organic. Larger farms tend to use synthetic fertilizers, which are great for growing crops, but provide no benefits to the soil and ultimately the produce. In other words, food grown with organic fertilizer is a lot better for you and the environment. “It’s is a solution to our soil and it’s a solution to our health,” Willerer says. “In Detroit, we have all this space. You can’t do it on this scale, and have fresh produce available at market cut three hours ago, in New York or Chicago.” Composting is also a form of waste diversion and reduces stress on landfills. And it has a net positive effect on the amount of carbon in the atmosphere by naturally breaking down waste and reducing emissions from vehicles that transport it.
Dumpster Rentals
Recycling Services
© 2020 - Unlimited Recycling Inc - All Rights Reserved. 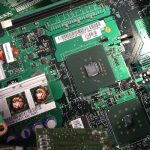